This site uses cookies to provide and improve your shopping experience. If you want to alter your settings or see more information please click below.
More Info
OK, got it
FOR SALES & ADVICE CALL 0161 366 1777
COVID-19: SFM CURRENT OPERATING UPDATE
WORLDWIDE SHIPPING AVAILABLE 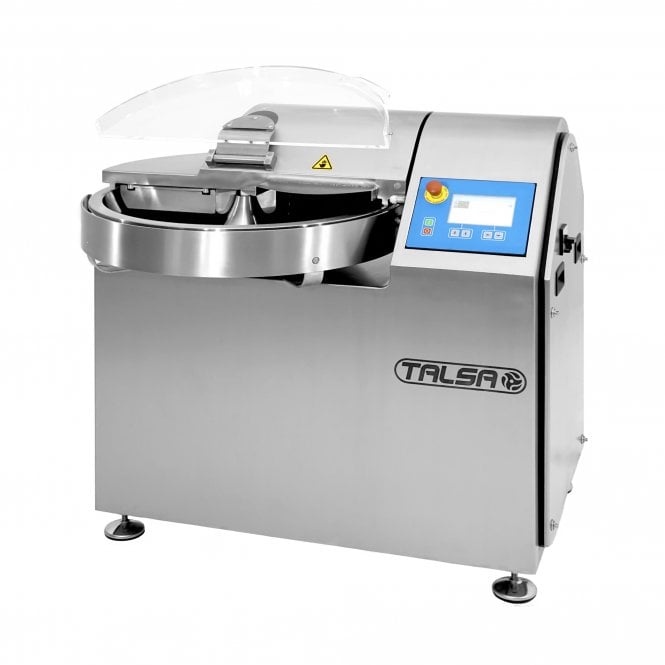 The NEW Talsa K50 NEO bowl cutter brings the future of bowl cutting to our customers, the bowl cutter is constructed entirely from stainless steel and is built to last. The bowl chopper comes complete with large thick cast st/st bowl which is covered by a folding plastic anti-noise cover with CE automatic speed reduction when opened.

The K50 NEO bowl cutter has two independent motors each with their own speeds one cotrolling the knife speed and one controlling the bowl speed. The knife speed can produce between 1000 and 4000rpm variable, with slow knife speed of 50 to 200rpm which can be done in forward or reverse. The new digital display shows the gear, knife speed, temperature, number of turns of the bowl, elapsed time and current time. The bowl chopper also features auto stop, which can be progammed to stop the machine automatically after a certain time, temperature or bowl rotation.

The bowl cutter features a closed base and is incredibly easy to clean, making the bowl chopper more hygienic. The six knife head of the bowl cutter can be removed easily and comes with some compensating rings to reduce the head down to just three knives. As with most of the Talsa bowl cutters the machine is fitted as standard with a digital mixture thermometer.