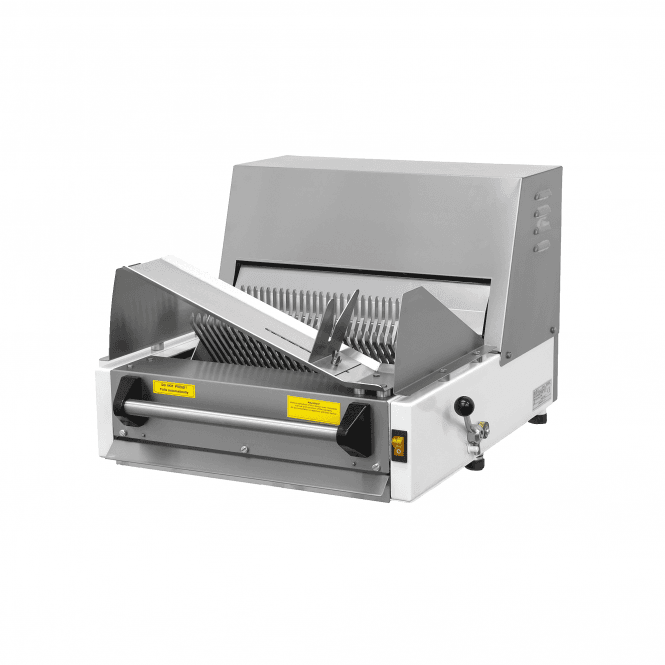 The Vector BS11 bread slicer is an easy to operate table top bread slciing machine capable of slicing bread to 11mm thickness. The Vector BS11 comes with a removable crumb tray and an adjustable bagging spade. The bread is loaded and unloaded from the front of the bread slicer and operation is extremely easy.

The bread slicer has two safety features, the first being the side gaurds near the slicing mechanism and the second is a no-volt release power switch to prevent accidental start-up if the power supply is interrupted.

If you are looking for a more powerful and more automatic version of a bread slicer then have a look at the MHS bread slicing machines.