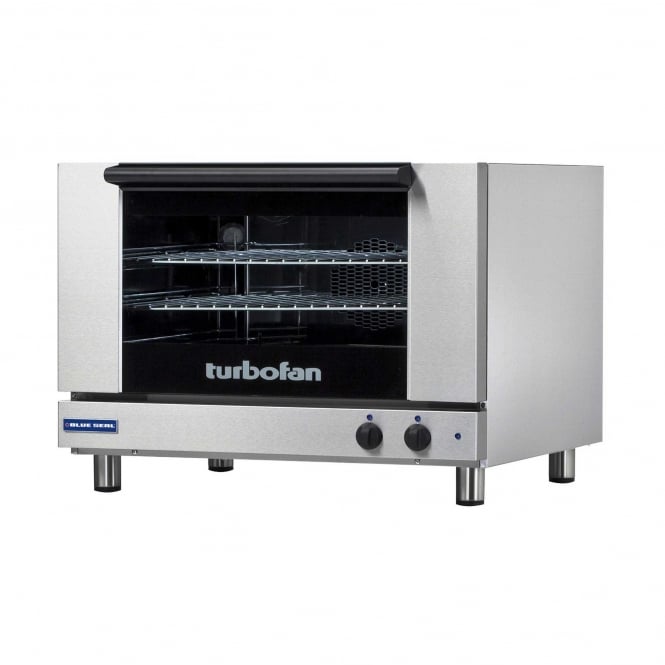 The controls on the Blue Seal E27 M2 are manual and could not be easier to use. The Blue Seal oven has been designed to reduce the overall footprint of the oven whilst still providing a good loading capacity.

All the ovens in the Turbofan 20 series range of convection ovens shares the following standard features:

Blue Seal's Turbofan range of convection ovens come in various different sizes and capacities so if the E27 M2 is not the convection oven for you then take a look at the other models available.