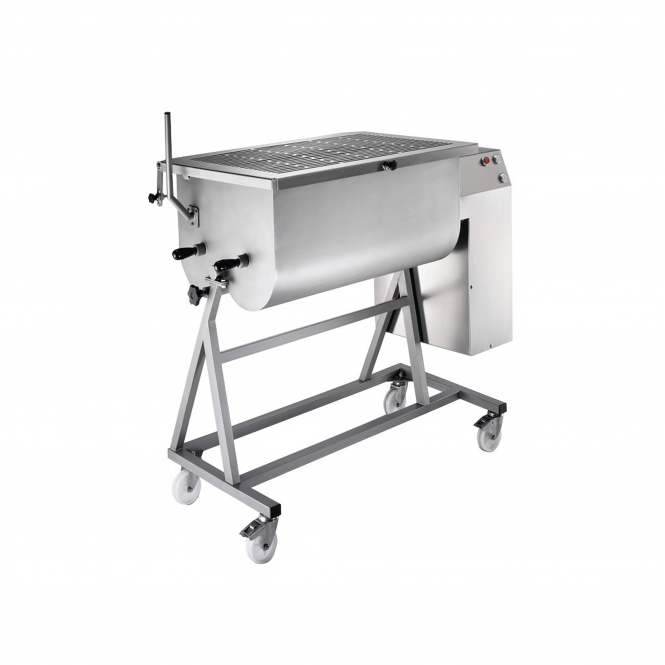 The Omega MB90 is a double paddle meat mixing machine ideally suited to the food processing industry. The Omega mixer is built to last with high quality AISI304 stainless steel. The meat mixer quickly mixes meat, spices and other ingredients to produce and evenly blended mixture for sausages, hamburger and meatloaf.

The meat mixer is extremely reliable, easy to use and even easier to clean. It is capable of holding a maximum of 90kg of meat in the mixer hopper and runs off a 3-phase electric supply.

The Omega mixer has a tip up bowl to allow for easy emptying ans the two mixing paddles can be quickly and easily removed for cleaning. The meat mixer's lid is fitted with a safety micro switch and can be raised into two different positions.

The Omega MB90 meat mixer has a ventilated motor for non stop use and has three drive options, forward, stop and reverse. All the meat mixers electrics are housed in a protective cover which has a protection rating of IP56.