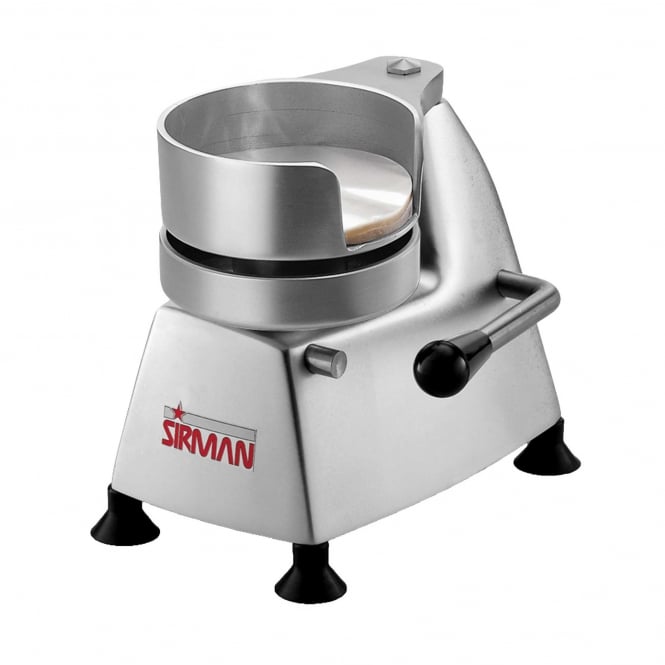 PACK OF BURGER PAPERS INCLUDED WITH EVERY MACHINE

The Sirman SA130 burger press is the 5" version of Sirman's well known burger press range. Made from an anodized aluminium alloy with a stainless steel burger mould the burger press is constructed with a round design to allow for easy cleaning.

The burger press is fitted with rubber feet to stabilize it on work surfaces and could not be simpler to use.

Once the burger is removed from the burger press the metal side button is pressed to drop the bottom plate that has pushed the burger out of the mould back inside, and then you are ready to start the process again.

Another option you could have a look at is the Sheerline Burger Machine which is manually operated but filled by attaching it to a sausage filler.